Multiple myeloma is a hematologic malignancy characterized by the proliferation of malignant plasma cells. In multiple myeloma, malignant plasma cells accumulate in the bone marrow and produce abnormal antibodies called M proteins, which can cause kidney damage, bone destruction, and impaired immune function. While multiple approved drugs with novel mechanisms have improved disease management over the past decade, multiple myeloma is rarely curable and a significant number of patients are expected to relapse. One such approved drug, daratumumab, is an IgG1 monoclonal antibody targeting CD38, which is overexpressed in multiple myeloma cells and induces cell death through multiple mechanisms, including ADCC. However, because CD38 is also expressed on the surface of activated NK cells, daratumumab treatment can induce NK cell fratricide, which may impair the effectiveness of ADCC-mediated targeting and the destruction of multiple myeloma cells. In addition, NK cell function is often suppressed or absent in patients with multiple myeloma as a result of the cancer itself and/or from cancer therapy, further reducing the effectiveness of daratumumab. Collectively, preclinical and clinical observations suggest a potential therapeutic benefit of maintaining NK cell numbers and function in patients to support daratumumab-mediated ADCC.

A Phase I, Open-Label, Multicenter Study of FT538 in Combination With Monoclonal Antibodies in Subjects With Advanced Solid Tumors

You can find out more about which cookies we are using or switch them off in settings. 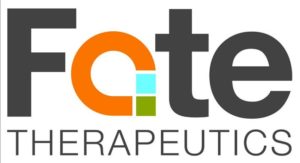 This website uses cookies so that we can provide you with the best user experience possible. Cookie information is stored in your browser and performs functions such as recognizing you when you return to our website and helping our team to understand which sections of the website you find most interesting and useful.

Strictly Necessary Cookies is enabled at all times so that we can save your preferences for cookie settings.

If you disable this cookie, we will not be able to save your preferences. This means that every time you visit this website you will need to enable or disable cookies again.

This website uses Google Analytics to collect information such as the number of visitors to the site, and the most popular pages.

Please enable Strictly Necessary Cookies first so that we can save your preferences!